Catalogs packed with ideas in 90s~ 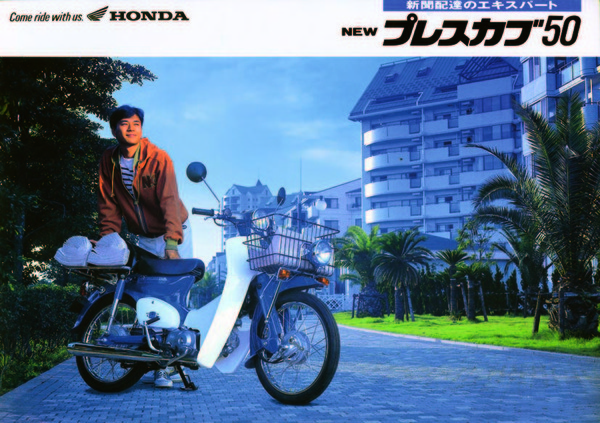 The smell of modernity has come at a stretch. The Cub work in the dark before the sun rises! 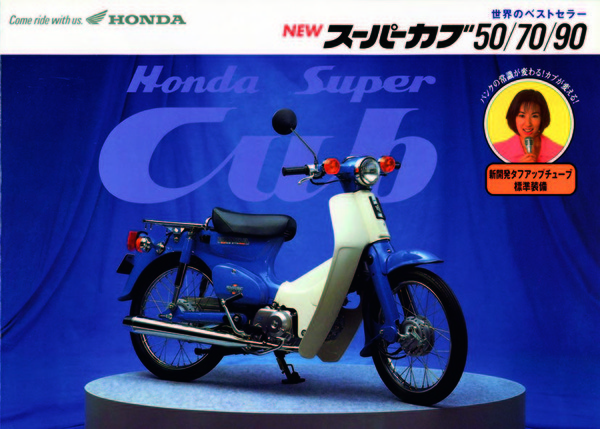 The appeal that the puncture-resistant tough-up tube was adopted! 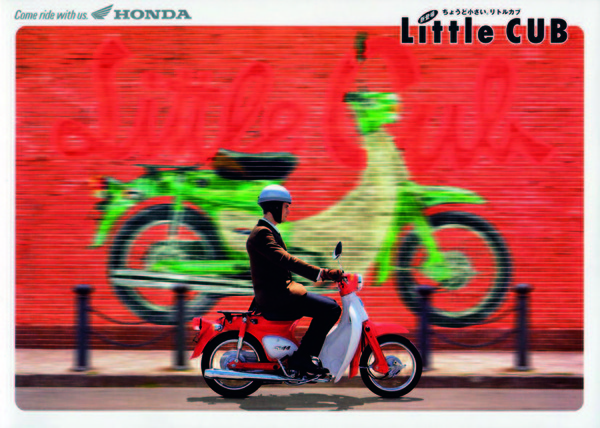 The “just small” catch is good. Unusually foreigners are appointed. 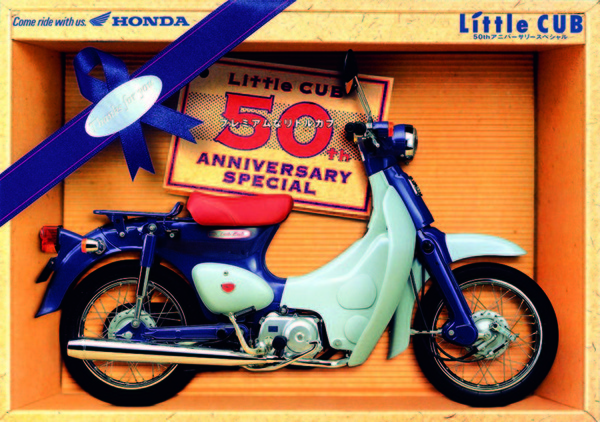 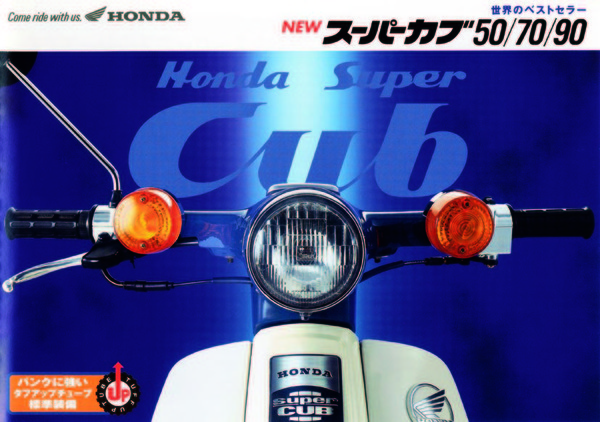 Round and friendly headlights and turn signals are like a Cub. 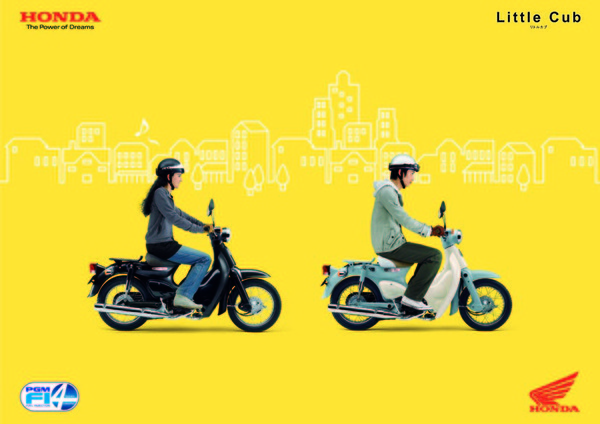 Little cub with an injection engine and also sells pop. 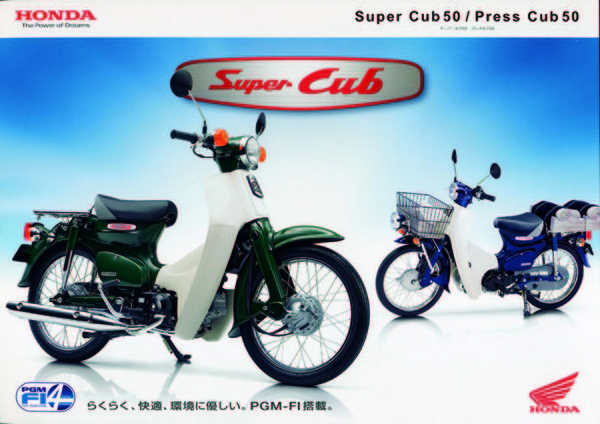 The completion of the 50cc FI engine was great news at the time. 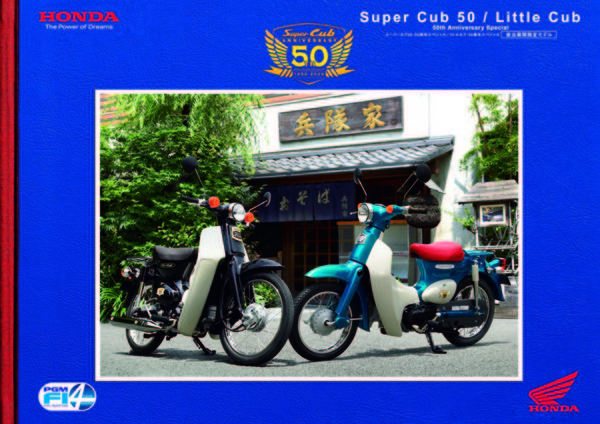 Cub's 50th anniversary model is in front of the same soldiers as the cover of this book!