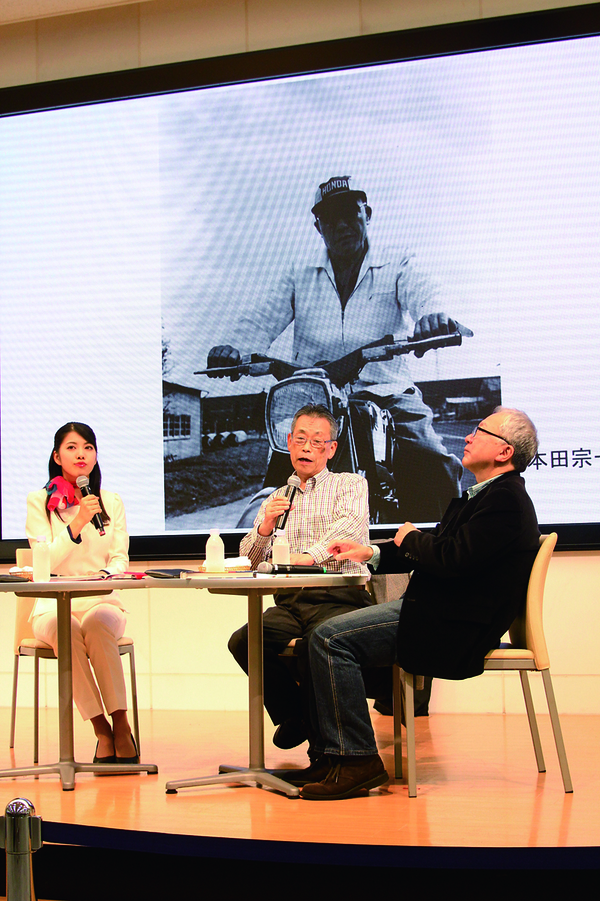 At the Cafe Cub meeting, I will talk about Miya Tomo and writer Hiroshi Chubu. So we will tell the story about Soichiro Honda and tell details about the situation at that time.

Response different needs at domestically and internationally.
The era of Super Cub use in this country has been divided into business and private. Also popular in the country 70 ·, 90 fuel tank capacity is not enough .... It has been noticed that only exporting Japanese specifications is not good. Therefore, in 1978, Mr. Miyachi decided designed a new CUB model for Southeast Asia. It was a Cub that when I was put to use Asian people will be convinced, but the reputation is not very good. "The use of Cub at that time was a time when it was normal for 3.4 people to sit on a cub.This concept is very friendly and cute in Japan, but it's completely different in Southeast Asia. The Cubs was be used to much at Japan, and the Cubs' proportions make up the majority, consuming a large amount in their lives. In Vietnam at that time, I said that I could not have a job without beets". When I was in Japan I was totally unaware that the concept of Japan was not understood. In East Asia, the price is about one year's salary, so we needed a more attractive cub. And I actually got on the site and I got along with the local people and I was born C700 and C900.

The secret of the blockbuster is to take an opinion
At that time in East Asia, square cubic design was popular, so headlights and fenders also had square cubs. It was not only cute and friendly, but it needed a design that reminded us that it was easy to use, but it was an asset value. It is said that the Cub has really sold a lot, and the debt of Thai Honda 600 million yen has been overturned with this one model. It was a huge success and was exported to Malaysia and Indonesia in large quantities. It may be a remnant of that time to still often see square cubs in Southeast Asia. "The people in Southeast Asia were very rude thinking that they would be behind Japan, but in reality they didn't do that and replaced their minds." Mr. Miyachi who designed the model for Brazil and so on after that. Looking back at the time when the customer's request was coming into direct, "The current person is too quiet (laughs).Certainly, Honda still has a DNA that incorporates various opinions, so please give us your opinion for the future development of the Cub. " 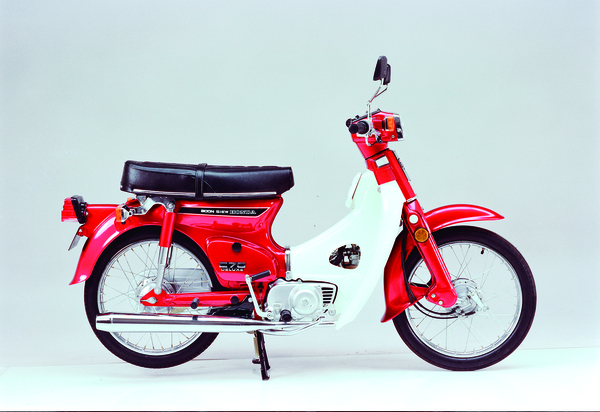 Under the seat is written BOON SIEW HONDA. This is the company name of Honda Honda. It features square headlights and blinkers that were popular at the time. A super cub that made an explosive hit not only in Japan but also in Southeast Asia. Great!