This is the Australian CT110 and Mr. Fujisawa. In preparation for the completion of the Motegi House, where friends gather, they are renovating and restoring old-fashioned houses. 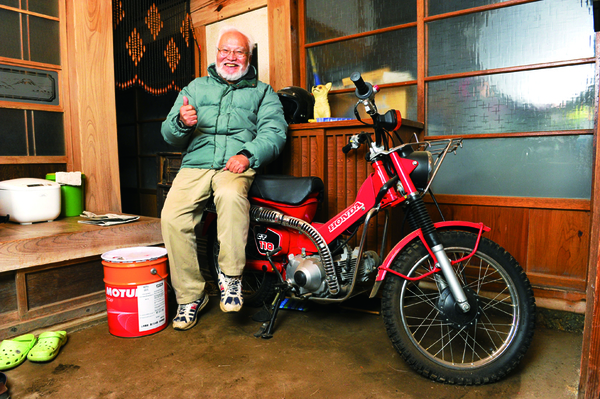 Give me gasoline, I will drive to anywhere ...
"I really want the Australian version with this submission. I don't really use it separately, but I wonder if it will tickle crazy minds ...(laugh)." Mr. Hiroyuki Fujisawa of Honda Motor Co., Ltd used to sit on a hunter's car in a standing position on the right side of the car. He had worked at many different departments like factory service and wear design. He took this hunter cub to the motorcycle festival held in Miyakejima in 2007, and was riding on the other side at that time. "I always wanted it. I knew that my acquaintance bought two new cars at Dream Tachikawa in Tokyo. I was ceded one to Raccoon and 2,000 USD." Currently, the company owns a total of three other facilities including motor components signed by Little Cub and Ayrton Senna. Mr. Fujisawa, in fact, he felt the loneliness of the CUB from a young age. "The farming family, there are a total of three people: a father and two brothers. People think that they are helping the farmer with running a CUB around the village. It is a village, and at that time it was not too serious ... (laugh). Well, please forgive me for the old days. At that time, while being a primary school kid, "It's a great bike! I remember that I felt. It can run for a long time with only the gas that the parents put in, and it does not break at all. I was able to drive even a primary schoolchild, I do not know how to drive in the first place (laughs). Will this be my meeting with the Cub?" Mr. Fujisawa who is in contact with the motorcycle as an observer of the World Championships of Trials, All Japan, and the Kanto Championships. We own the Motegi House The Twin Ring Motegi neighborhood House and enjoy a night party with a race-loving companion. For the hunters owned, it is also a red and white and it feels great. Sure ... !! 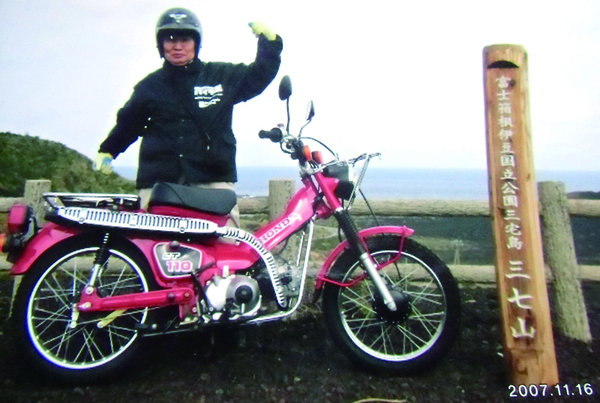 The Miyakejima Motorcycle Festival, held in 2007, brought in the freshly acquired Hunter Cub CT110. The photo is from the time when I ran to the Sannichisan Observatory on Miyakejima Island in Fuji Hakone Izu National Park.